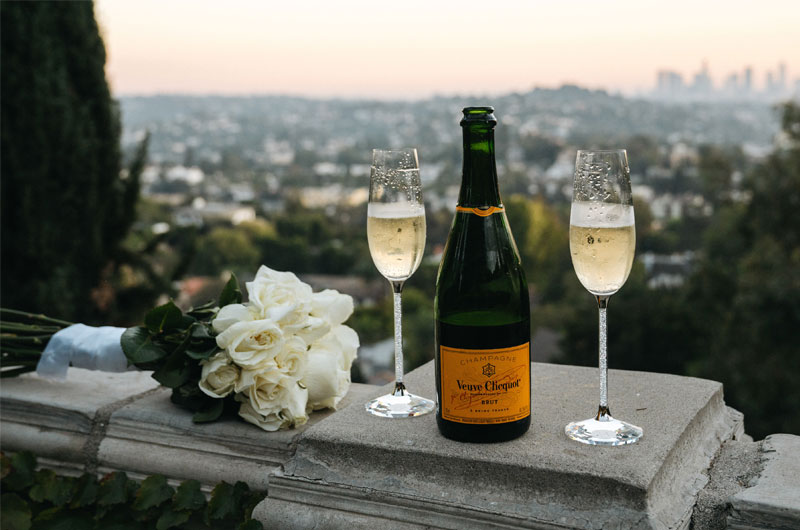 Celebrity couple Brianna Hugan and Alex Hall tied the knot on November 1, 2020 at the incredibly romantic Villa Sophia in Los Angeles, California. The luxurious, poolside retreat is part of a larger, private compound featuring beautiful gardens, an indoor fireplace, spectacular views from every angle, and more. Charming country singer and guitarist Alex Hall met his future bride, Brianna, in Nashville, Tennessee. Two years later, he signed a record deal and proposed to Brianna in the same week. With a vintage-inspired ring, including his grandmother’s diamond, that Alex designed himself, he got down on one knee at the site of their first kiss, and she (of course!) said “yes!” Alex and Brianna initially planned to say “I do” at a Nashville mansion where Brianna’s parents married, but when COVID hit, they decided to elope. The historic Villa Sophia overlooking Los Angeles was a lovely backdrop for their wedding ceremony, where they exchanged vows before an ordained friend. The bride wore a stunning, sleeveless gown from Anjolique Bridal, and Alex, styled by Tiffany Gifford, wore Indochino. Following the ceremony, the couple had an intimate first dance to a song written by Alex and his friends, country artist Tenille Townes and Pete Good. To cap off their big day, the two enjoyed a dinner celebration together at il Pastaio restaurant in Beverly Hills. 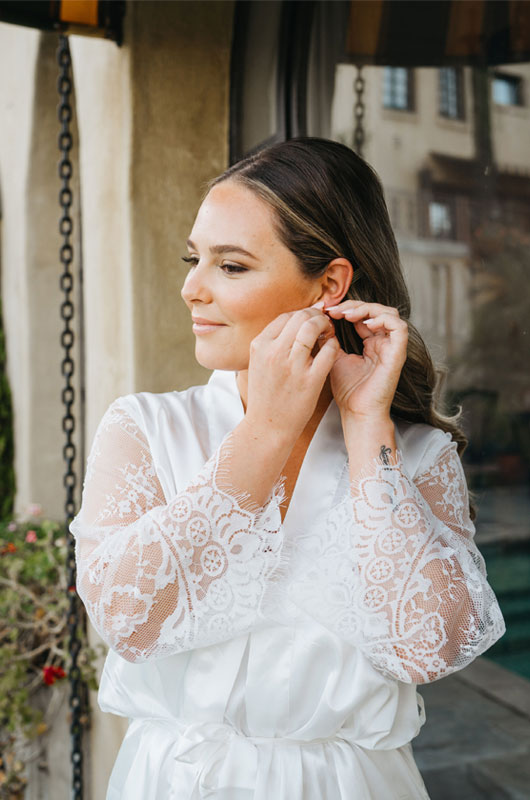 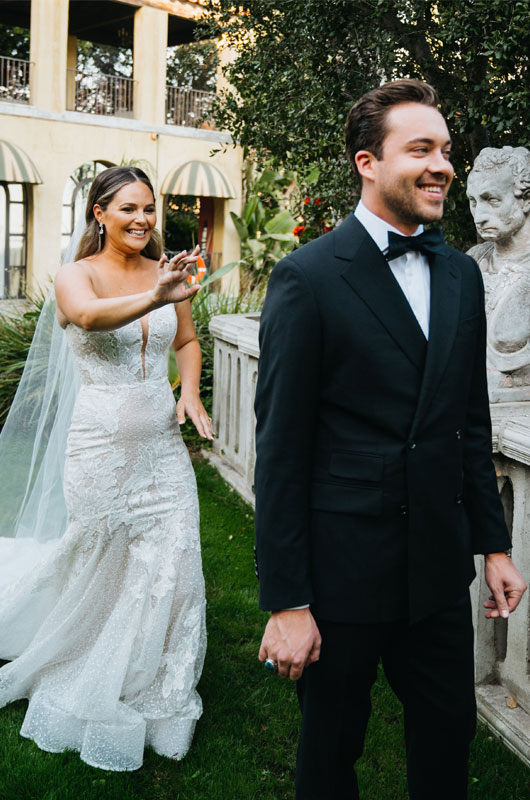 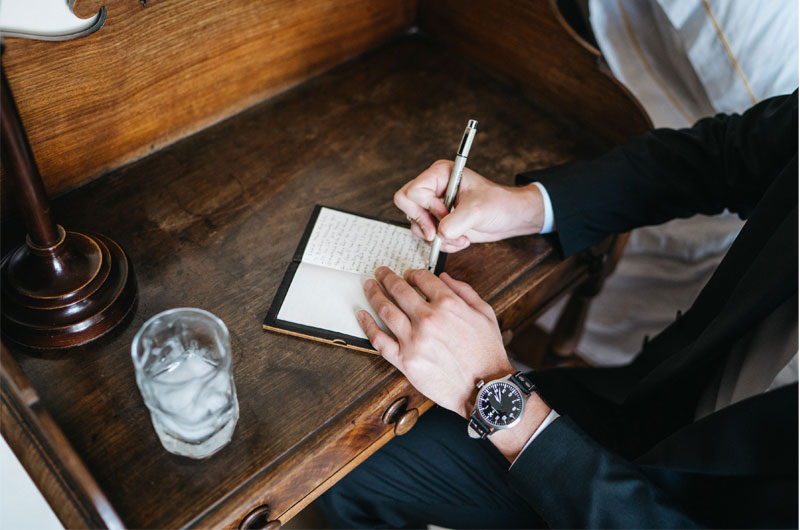 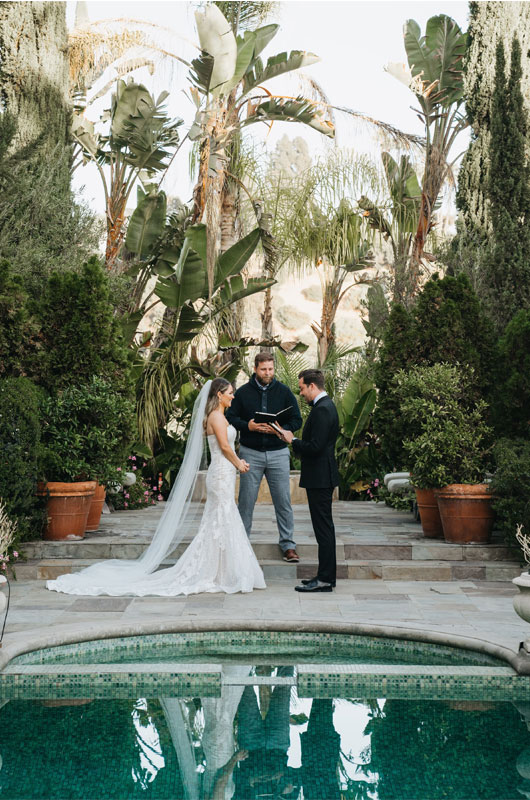 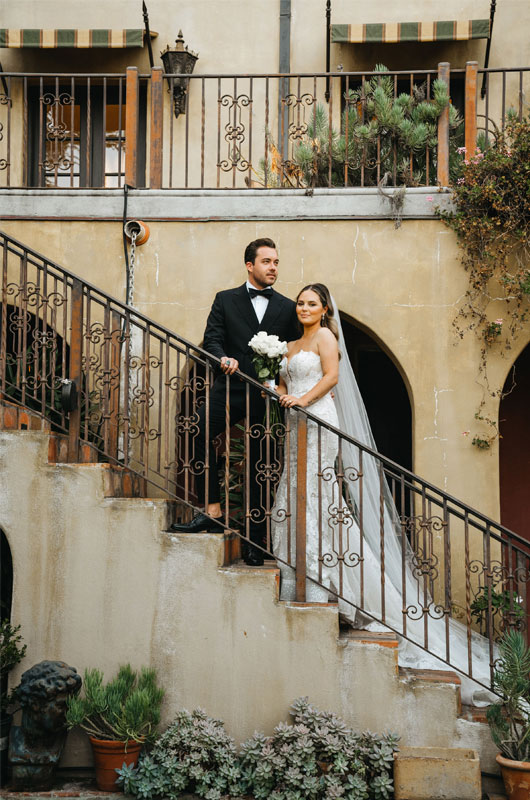 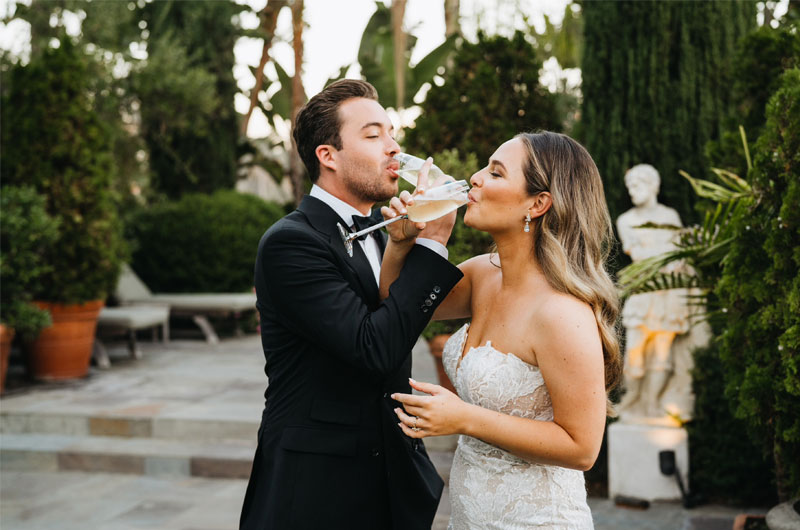 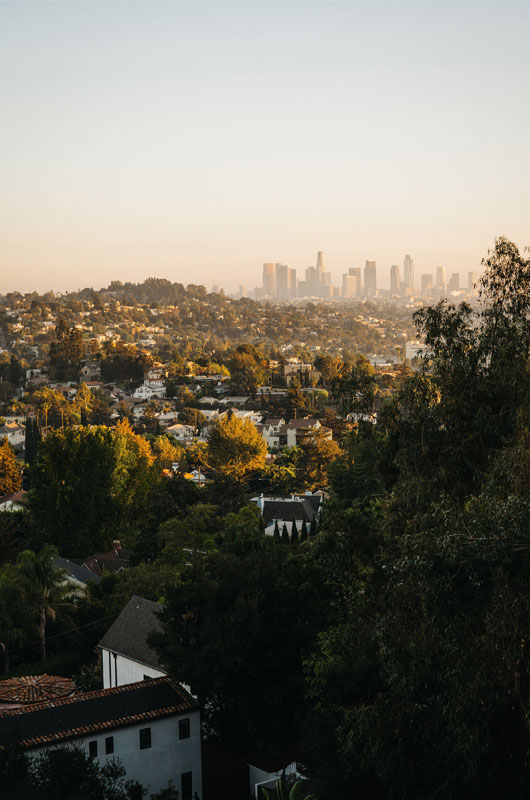 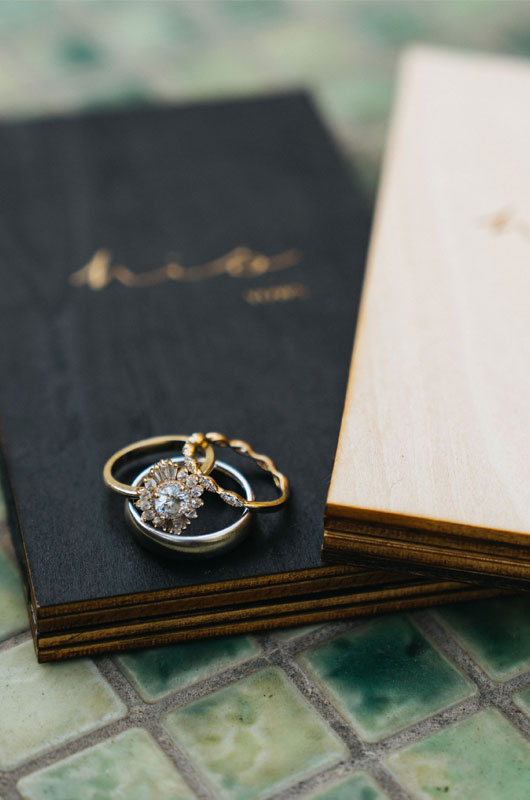 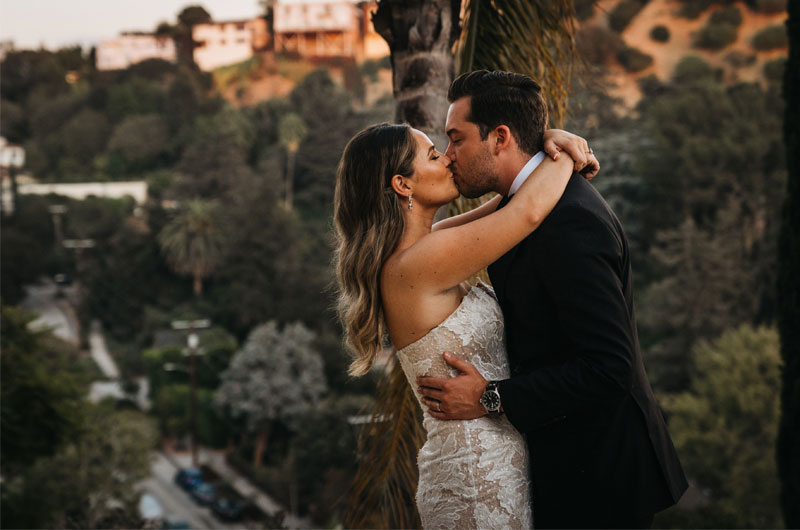 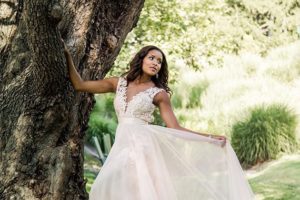 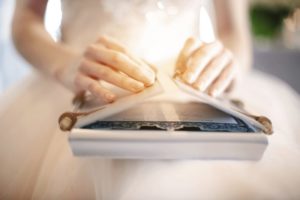 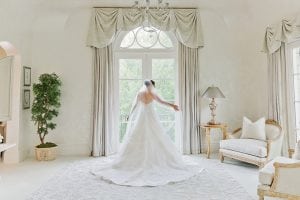