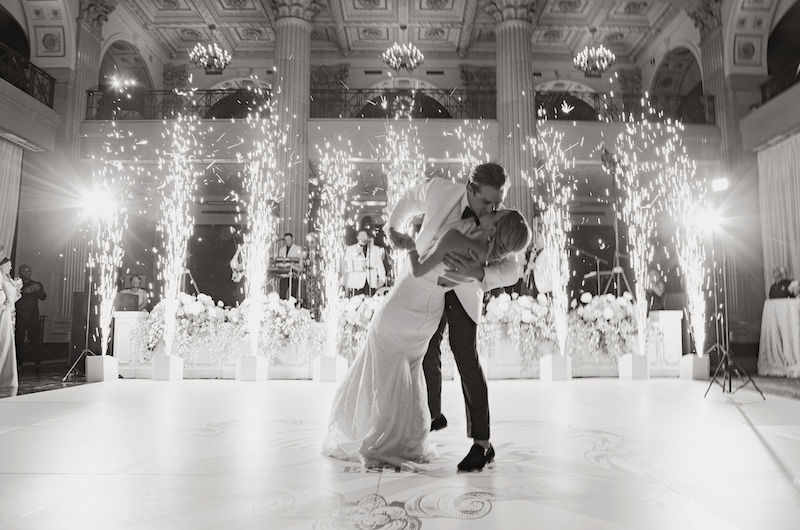 With a ring in hand (for months!) and the blessing of Peyton Elizabeth LoCicero’s father, James Boëhringer “Beau” Trist set his sights on a Watercolor, Florida, proposal. During a Fourth of July weekend at Peyton’s parents’ home, Beau suggested that he and Peyton take a stroll on the beach. Colors painted the sunset sky as Beau dropped to one knee and Peyton tearfully whispered, “Yes!” Both families and a few dear friends celebrated the couple at a private dinner, followed by a party aboard Peyton’s parents’ boat under a sky of patriotic fireworks. 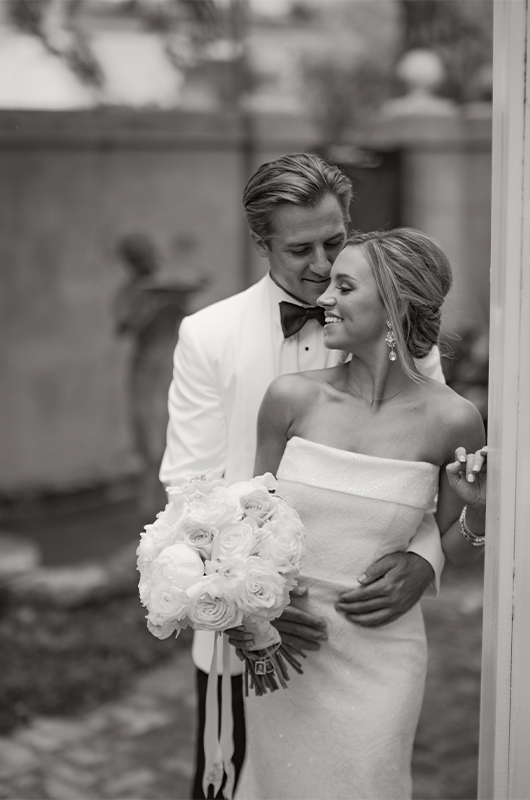 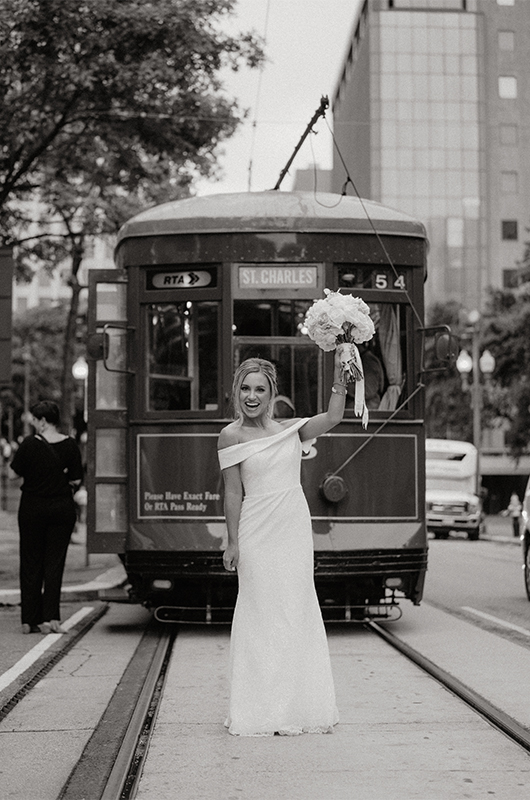 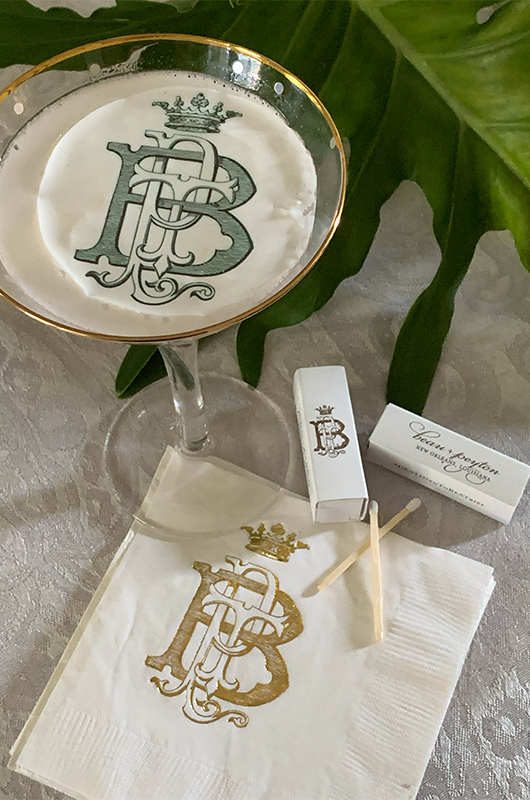 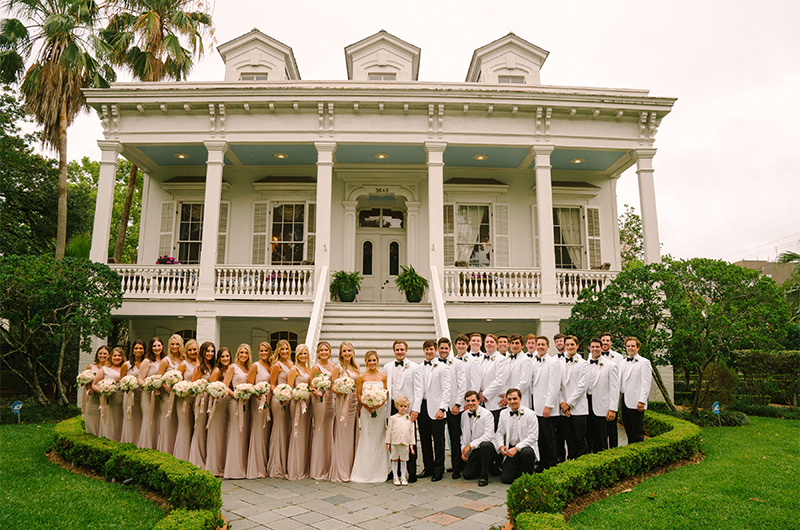 Peyton and her mother, Heidi, a retired event planner extraordinaire, began making wedding plans despite the challenge of lockdown. Peyton, a fifth-generation New Orleanian, had recently returned to Louisiana to accept a job as a news anchor-reporter with ABC’s WGNO-TV, so a New Orleans venue was tugging at her heartstrings. Beau, a lifelong Louisiana resident and private wealth manager, felt that New Orleans was the only location to consider because of their mutual love of their families’ city.

While on an afternoon walk, Peyton passed by her neighborhood church, Old St. Patrick’s. Suddenly, the church bells rang out, filling the Big Easy streets with the most beautiful melody. As fate would have it, the only open date the church had available was June 5, 2021, the very day the couple wanted to marry. 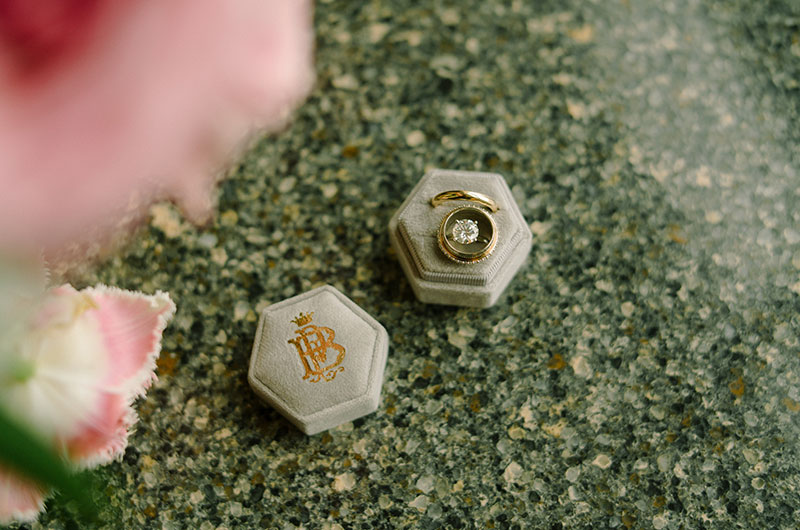 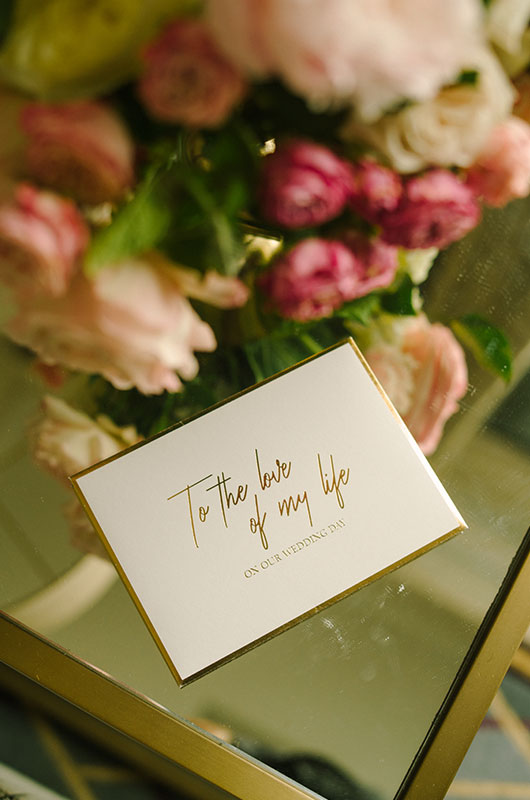 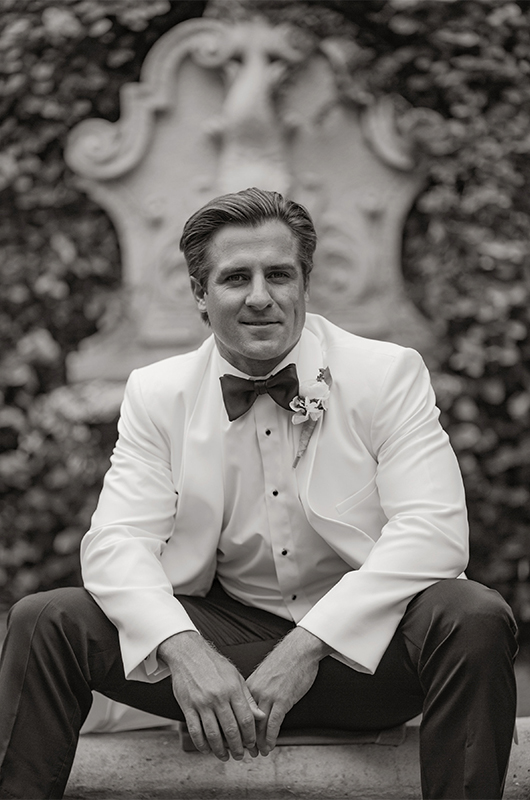 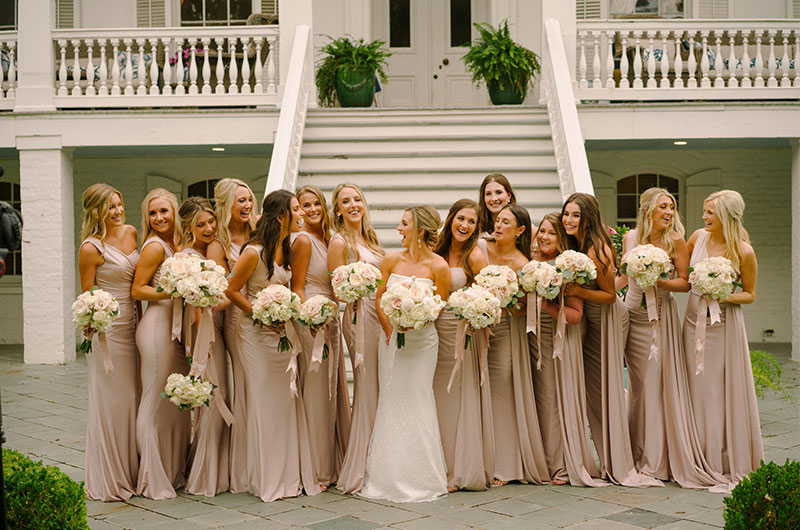 ​​As St. Patrick’s iconic steeple struck seven o’clock, a trumpeter heralded Peyton’s arrival. Beau surprised Peyton with the wedding band her paternal grandmother wore for fifty years of marriage, and Peyton presented Beau with the wedding ring that his grandfather and namesake, General James Boëhringer Cobb, wore during his fifty years of marriage.

Peyton’s wedding gown, designed by Valery Zelenyuk of Vagabond Bridal in Cape Town, South Africa, was a contemporary take on the classic off-the-shoulder panel modern wedding gown with a dramatic scalloped statement train. For her church look, Peyton wore a detachable full tulle overskirt, also by Zelenyuk, a hand-beaded belt, and a monogrammed cathedral length veil encrusted with shimmering Swarovski Crystals designed to capture the candlelight in the church.

Following the ceremony, the church doors swung open and Peyton’s father exclaimed, “It’s time to strike up the band!” The Kinfolk Brass Band led guests in a second line to the Capital on Baronne, a former bank lobby transformed into a grand ballroom for the reception festivities replete with a tailgate area with LSU and Ole Miss tents, food, and décor. Two bands kept the party going all night long until Peyton and Beau departed through a tunnel of confetti and college team pom poms. 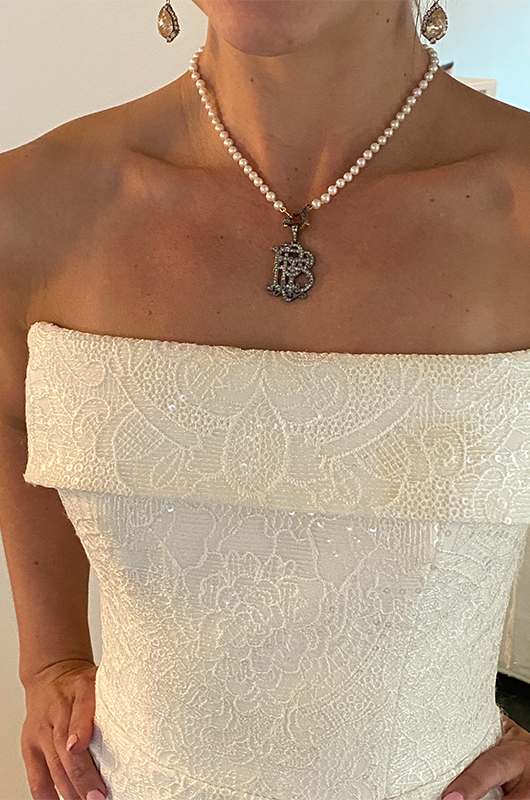 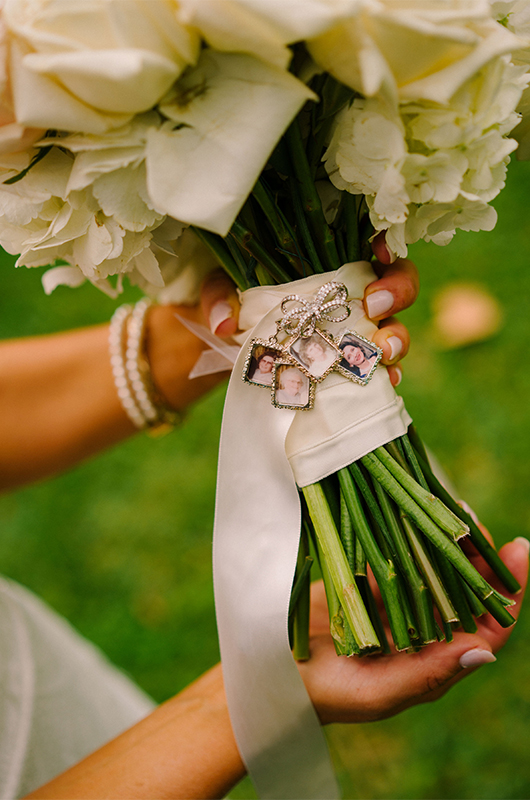 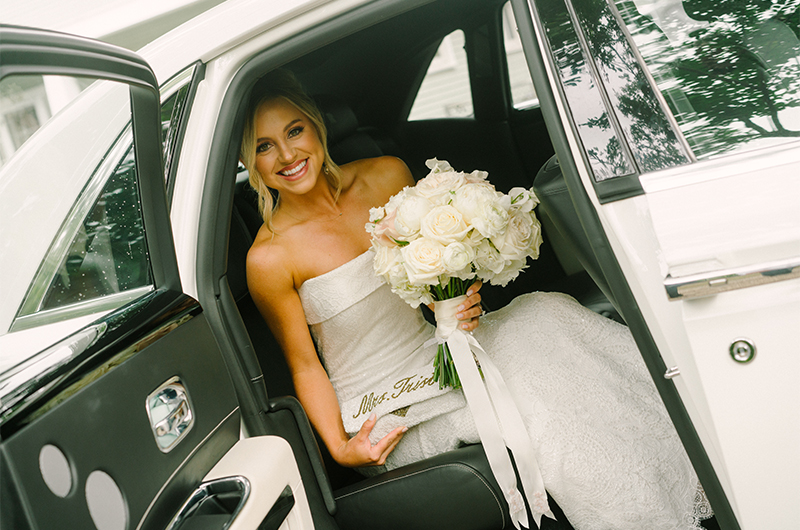 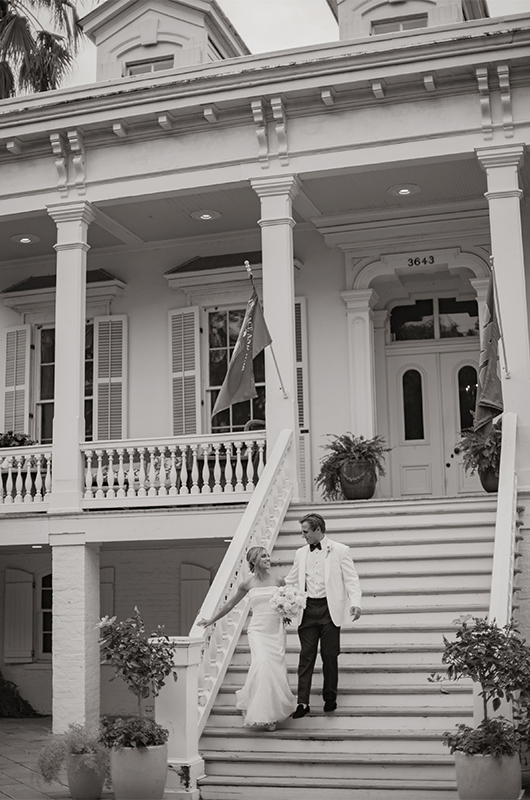 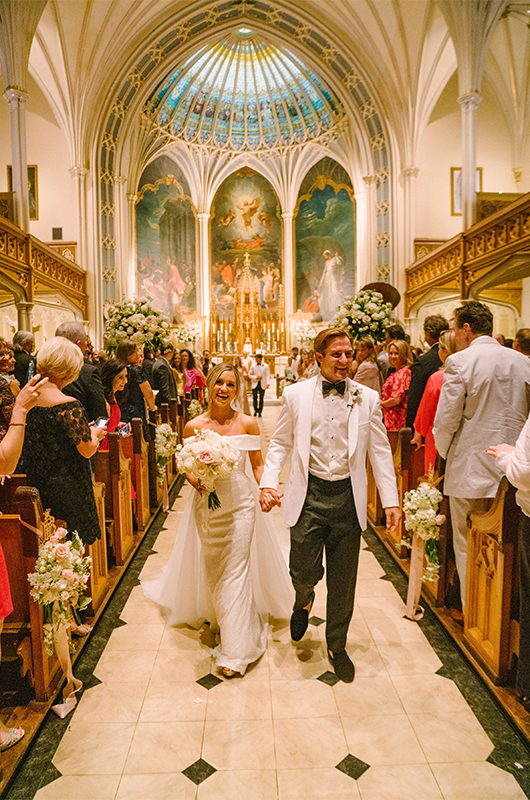 After their extravagant New Orleans celebration, Peyton and Beau flew to Riviera Maya, Mexico, for a relaxing honeymoon at the Unico Resort & Spa. The couple indulged in spicy margaritas, fresh sushi, sunbathing, couples massages, and swimming with dolphins before returning to New Orleans to start their forever together. 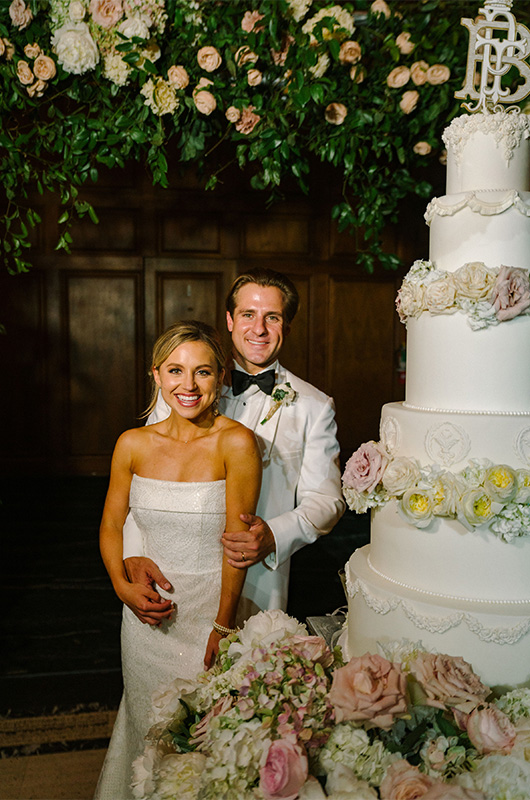 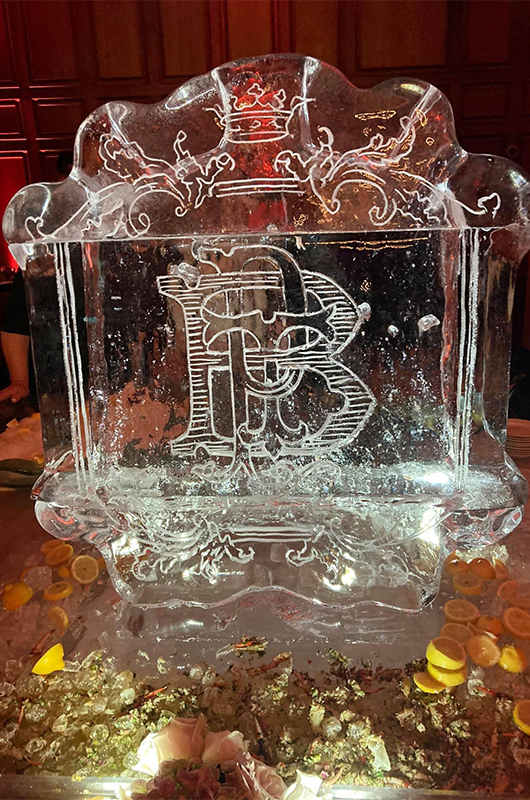 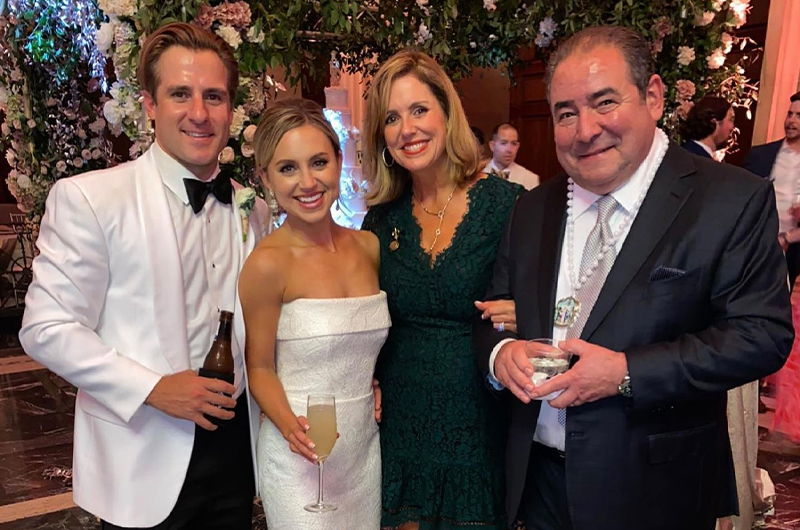 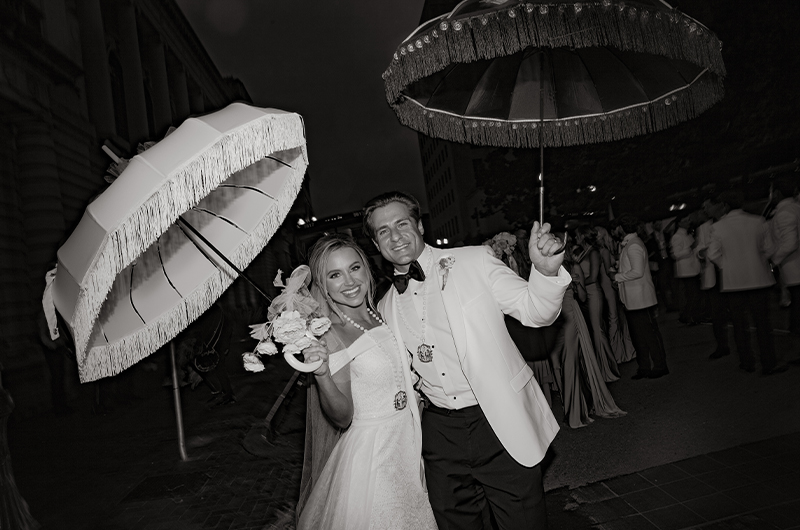 The Capitol on Baronne

MOTHER OF THE BRIDE DRESS

The Mixed Nuts / The Soul Sisters