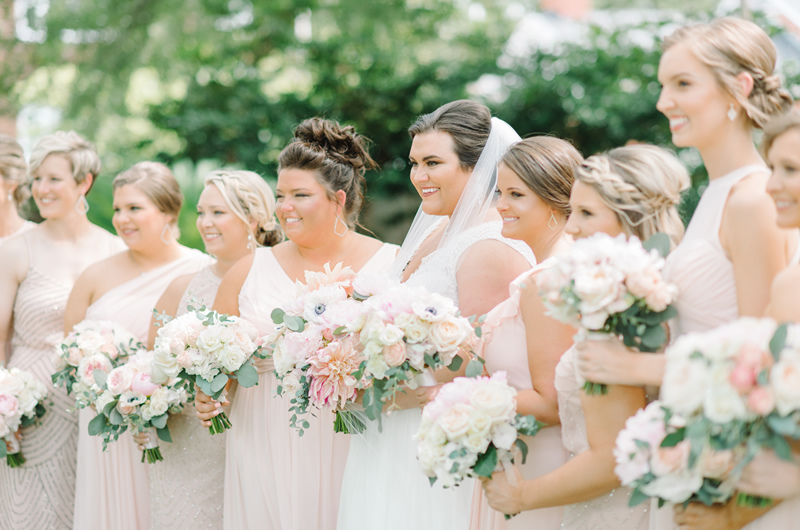 It was just another New Years Eve, or so I thought. Trent asked if I wanted to ride with him to the lake to let our dog run around. The lake is where we spent our first summer together and every subsequent summer after that, and it just so happens to be our dogs’ favorite place. I agreed to go in my sweatpants, ponytail and a makeup free face. Once we got there we walked down on the dock, as we always do. We stood in silence for a minute until he grabbed my hands and told me that this is where it all began, he can’t wait to make more memories together as a family here, dropped down on one knee and told me he didn’t want to spend a second of 2017 not being engaged to me. Through my sobs, I managed to say “yes!”

Being from two totally different states (Texas and North Carolina), we knew that a destination wedding was perfect for us; and what better destination than Charleston? We visited a few venues, but in the end came back to Lowndes Grove. It drew us in with its’ riverfront views and perfect southern charm. I have always been a lover of all things blush, peonies and sparkle, so I knew those were elements I wanted to include in the big day. The team at Cibi Events did an amazing job in making my dream wedding come true.

Things started out surrounded by my best friends and parents. The day was filled with laughter, picture taking and story telling as my bridesmaids and I prepared for the ceremony. Planning a wedding in Charleston, I knew that there would be a looming threat of rain; but the day proved to be as beautiful as I had imagined it. The string trio managed to wow all of the guests followed by our piano playing DJ. He kept the party going all the way until our grand exit by boat.

We chose St. Lucia as our romantic getaway for two. It was a place neither of us had been and it took very little research to convince us that the island was perfect for our honeymoon. The trip was full of the most blue water, fruity drinks and soaking up the white sand. Our trip started with a helicopter ride to the resort and ended with a private ‘champagne and chocolate’ ride on a private boat. We have both vowed that we don’t want to let 5 years go by without returning.