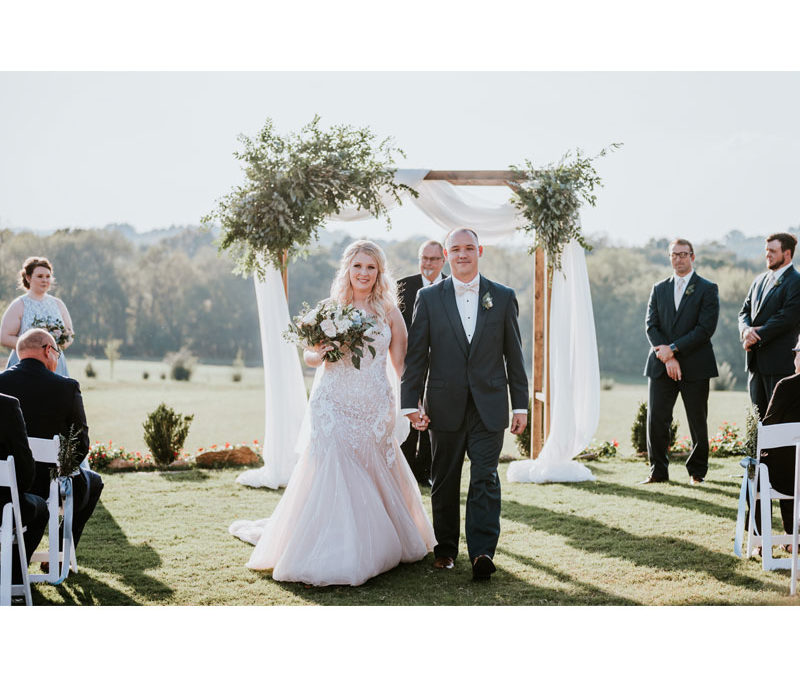 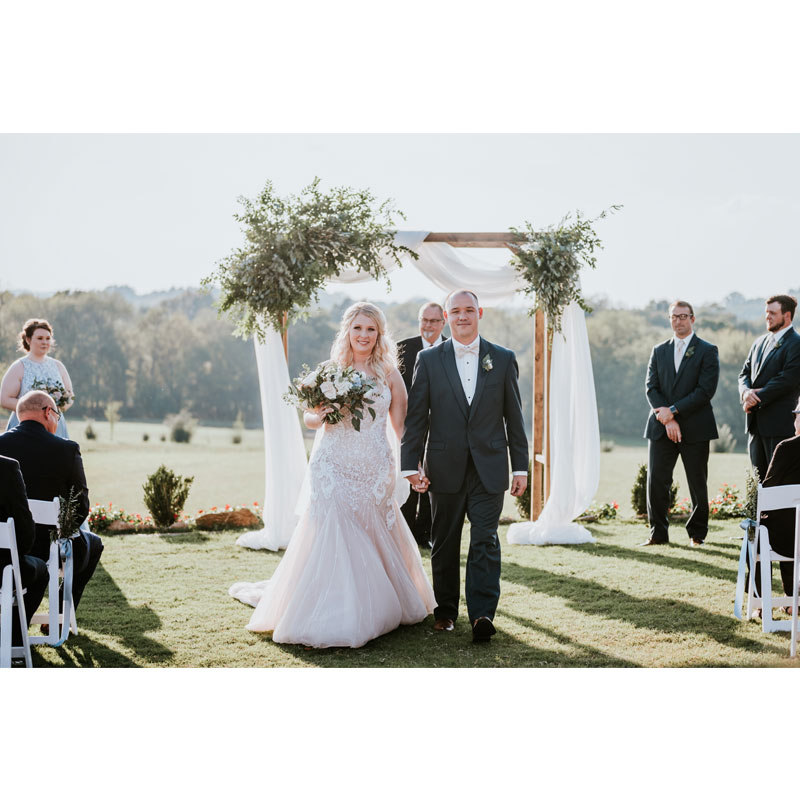 Megan and Trent began a long-distance romance while Trent was stationed in Florida with the military and Megan was living in Kentucky. While living thousands of miles apart, mutual friends encouraged the couple to connect via Facebook. The Tennessee boy then quickly won over Megan’s heart during their first phone call with his irresistible southern charm. After racking up many sky miles over the next few years, Megan moved to Florida and soon after Trent orchestrated a romantic proposal at Eden Gardens State Park in Santa Rosa Beach, Florida. Thoughtfully planned, Trent popped the question while they walked with their beloved puppy in tow among a canopy of moss-draped live oak trees. Though Megan was the one who planned the “pup-shots in the park” that very day, she had no idea Trent had secretly been conversing with the photographer to capture him getting down on one knee and placing a ring on her finger!

The intimate wedding took place in October at Allenbrooke Farms, on the outskirts of Nashville,Tennessee and will be forever etched in the minds and hearts with the fond remembrance of Megan walking down the aisle to Journey’s “Don’t Stop Believing.” Surrounded by a mixed greenery and monochromatic shades of blue provided by Nashville Wildflowers LLC, Allenbrooke exceeded their wildest expectations. Born and raised in Tennessee, Trent wished to personalize the details showcasing the Tennessee tri-star on everything from whiskey glasses to the groom’s cake. The nuptial celebration concluded with an authentic and elaborate southern barbecue buffet and delectable wedding cake by local bakery Cooper Whisk Cakes. 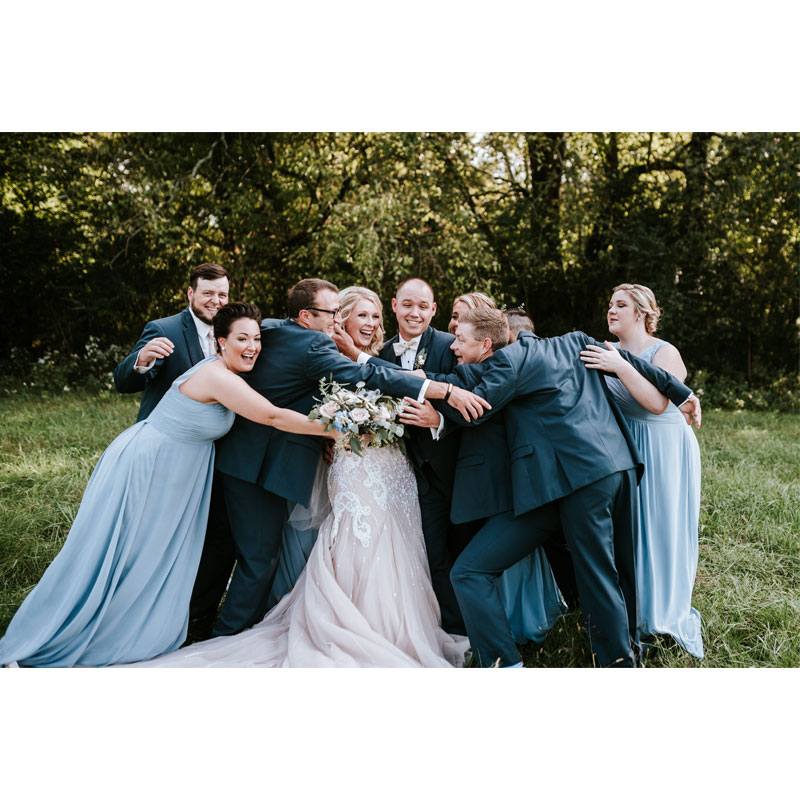 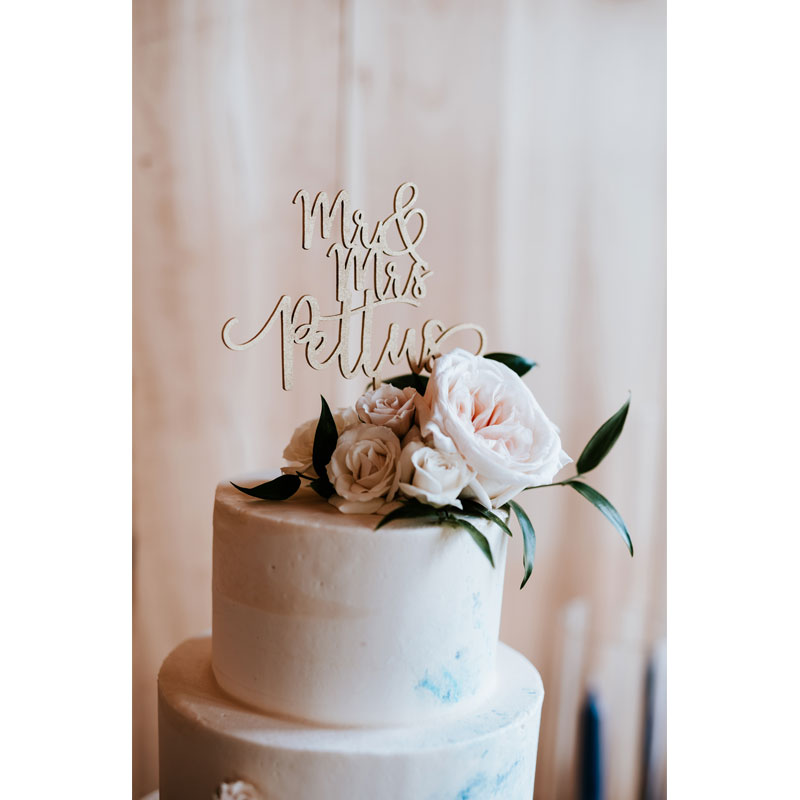 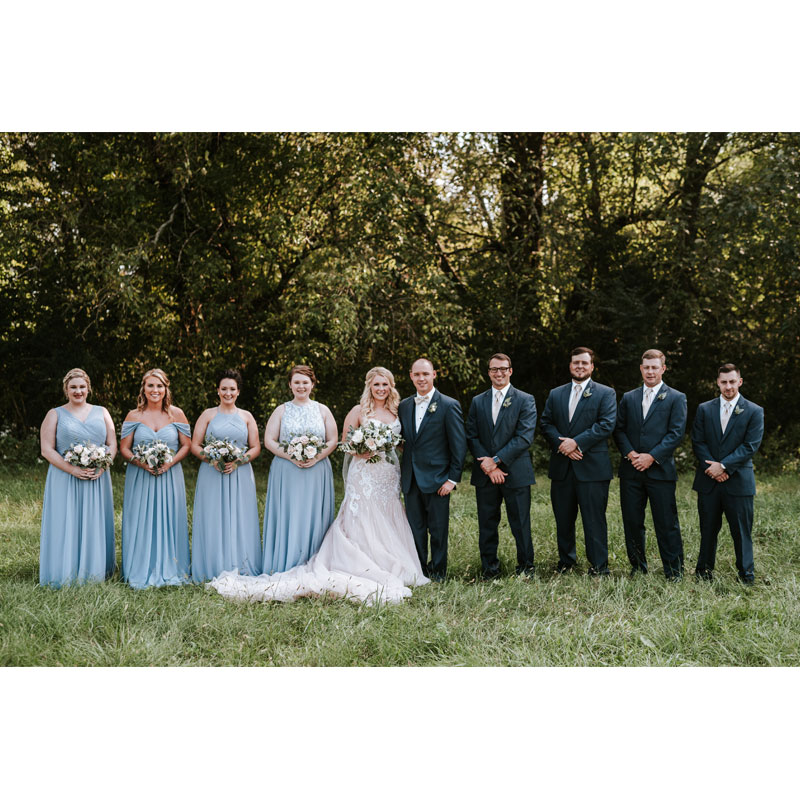 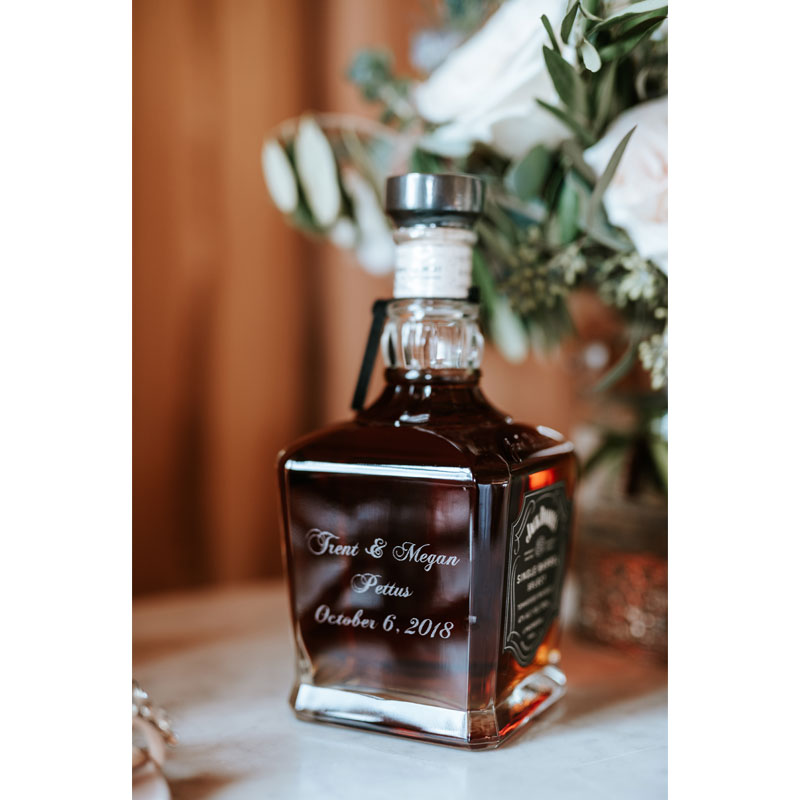 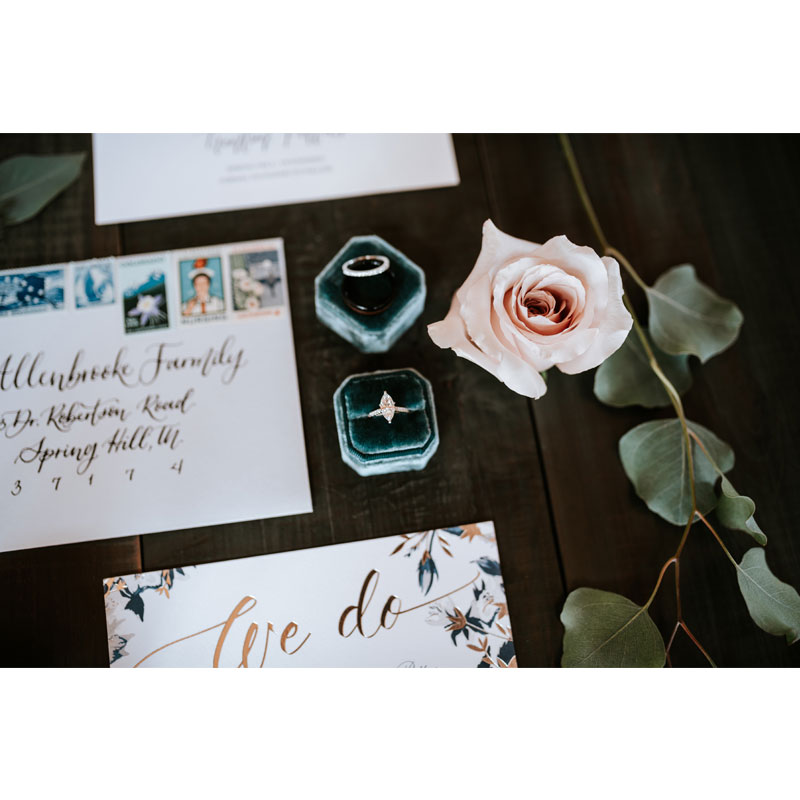 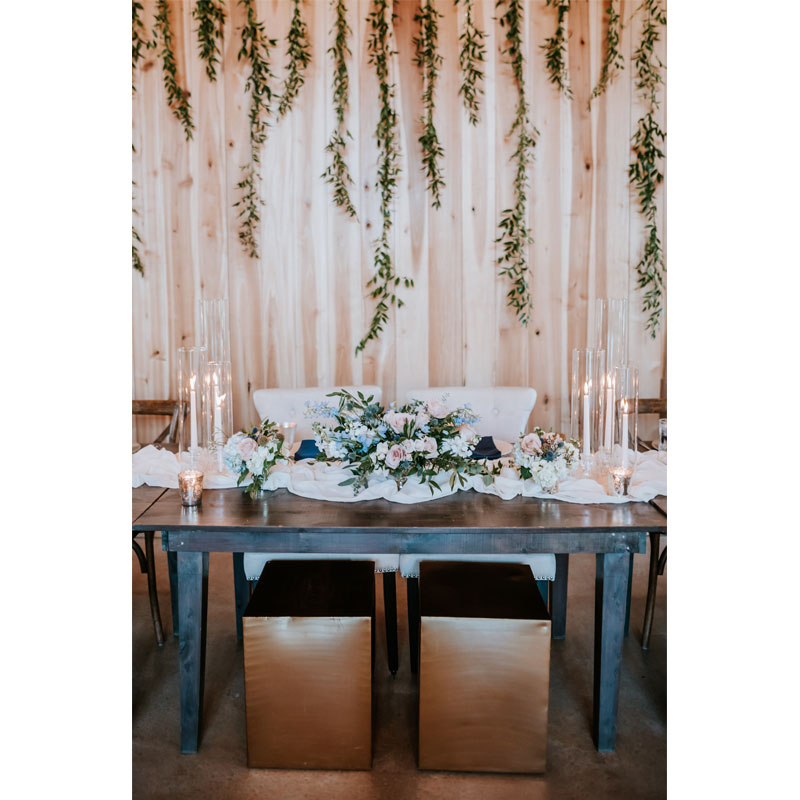 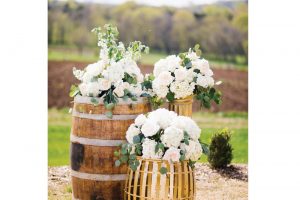 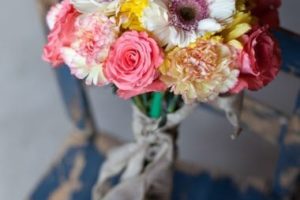