How Do I Tell My Friend She Won’t Be a Bridesmaid? 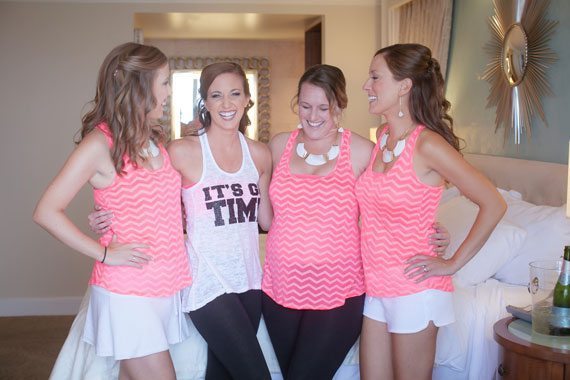 Telling a close friend she won’t be a bridesmaid is an awkward experience that could lead to hurt feelings. But, what if I told you that you didn’t have to make that choice? In the South, we have a tradition known as a “House Party.” If you have close friends whom you won’t be asking to be bridesmaids, you can invite them to be a member of the house party. This group is different than the bridesmaids in that they do not stand at the altar with you during the ceremony, but they still get to play a vital role in your wedding. 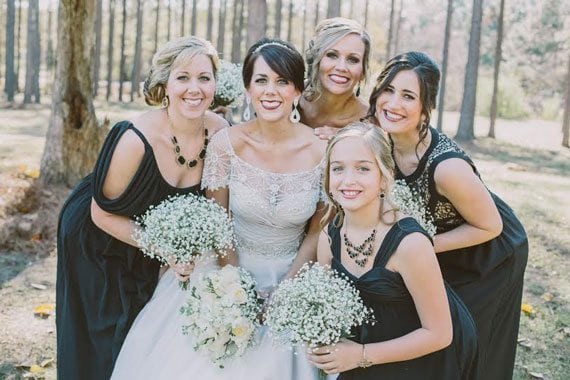 When you invite her to be a member of your house party, you’re going to want to explain to her what that entails (since when most of us hear “house party” we either think Sam Hunt or an actual party at an actual house). Those with the honor of being in the house party participate in everything the bridesmaids do. They help plan the bachelorette party, attend showers and your rehearsal dinner, and assist guests at your wedding. They can also do things such as speak during the ceremony, or if you have any musically inclined friends, they can even perform before or during your wedding. These women have the same responsibilities and importance, but without the financial commitment of being a bridesmaid. 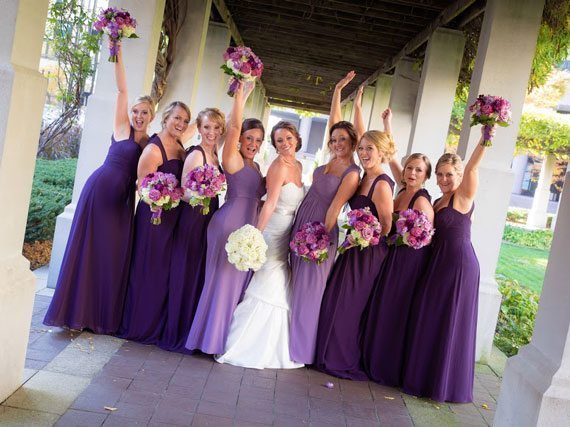 The house party does not wear the same dress as the bridesmaids, you want there to be a distinction. This is not a negative distinction, but rather a special recognition. They typically pick their own dresses, but stick to your color scheme. For example, if your colors are navy and coral and your bridesmaids are in navy, have your house party wear coral. You can also have them wear a corsage, carry a single flower, or wear a matching piece of jewelry to unify the group and have them stand out from the crowd. The party should be seated in the first few rows along with the families, and can even walk down in the procession before your bridesmaids.

In the end, it is customary to give them a small gift, just as you do the bridesmaids, to say thank you for their help. Like I said before, being a member of the House Party should be viewed as an honor to the friends you invite to it, and is an easy way to avoid an awkward conversation and tainted friendships.

5 Ways to Ask Your Best Friend to Be Your Bridesmaid 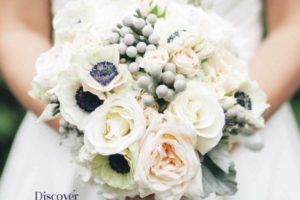 Five Tips For Who to Take Dress Shopping 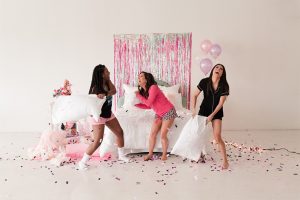 This Wedding Party Survival Pack, featuring some b

I saw flecks of what could've been lights, but it

You've heard of Charcuterie boards, but how about

At the all-new @sandalsdunnriver, modern luxury is